Caragiale first came to the attention of his country’s readers through the pages of Convorbiri Literare, a] literary periodical to which he contributed several short stories. Maiorescu, Roumania’s most distinguished critic, became at once interested in this new author, and under his influence, Caragiale quickly assumed a place of importance among the writers of his country. Prof. S. Mehedintzi, in a preface to Roumanian Stories, writes: “Caragiale, our most noted dramatic author, is … a man of culture, literary and artistic in the highest sense of the word. The Easter Torch ranks him high among the great short-story writers.”
This story, translated by Lucy Byng, appeared in Roumanian Stories, published in 1921 by John Lane, by whose permission, and that of the translator, it is here reprinted.

Leiba Zibal, mine host of Podeni, was sitting, lost in thought, fey a table placed in the shadow in front of the inn; he was awaiting the arrival of the coach which should have come some time ago; it was already an hour behind time.

The story of Zibal’s life is a long and cheerless one: when he is taken with one of his feverish attacks it is a diversion for him to analyze one by one the most important events in that life.

Easter Torch – Huckster, seller of hardware, jobber, between whiles even rougher work perhaps, seller of old clothes, then tailor, and bootblack in a dingy alley in Jassy; all this had happened to him since the accident whereby he lost his situation as office boy in a big wine-shop. Two porters were carrying a barrel down to a cellar under the supervision of the lad Zibal. A difference arose between them as to the division of their earnings. One of them seized a piece of wood that lay at hand and struck his comrade on the forehead, who fell to the ground covered in blood. At the sight of the wild deed the boy gave a cry of alarm, but the wretch hurried through the yard, and in passing gave the lad a blow. Zibal fell to the ground fainting with fear. After several months in bed he returned to his master, only to find his place filled up. Then began a hard struggle for existence, which increased in difficulty after his marriage with Sura. Their hard lot was borne with patience. Sura’s brother, the innkeeper of Podeni, died; the inn passed into Zibal’s hands, and he carried on the business on his own account.

Here he had been for the last five years. He had saved a good bit of money and collected good wine—a commodity that will always be worth good money. Leiba had escaped from poverty, but they were all three sickly, himself, his wife, and his child, all victims of malaria, and men are rough and quarrelsome in Podeni—slanderous, scoffers, revilers, accused of vitriol throwing. And the threats! A threat is very terrible to a character that bends easily beneath every blow. The thought of a threat worked more upon Leiba’s nerves than did his attacks of fever. 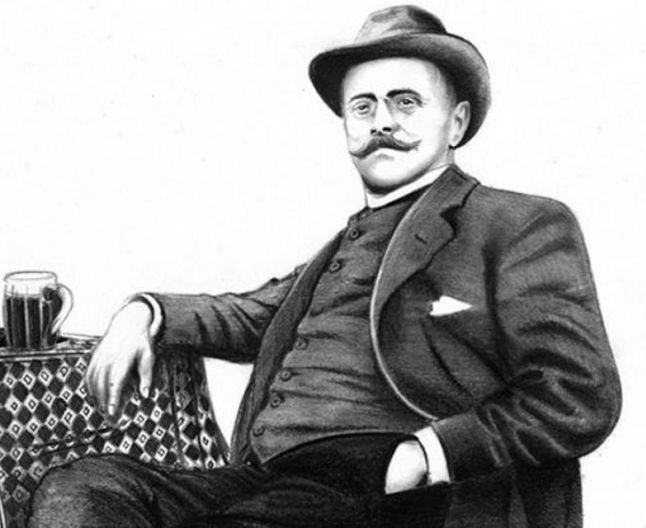 Thetrap was ingeniously contrived: a long rope fastened round a block of wood;lengthwise, at the place where the sawn panel had dis-appeared, was aspring-ring which Leiba held open with his left hand, while at the same timehis right hand held the other end taut. At the psychological moment he sprangthe ring, and rapidly seizing the free end of the rope with both hands hepulled the whole arm inside by a supreme effort.

Ina second the operation was complete. It was accompanied by two cries, one ofdespair, the other of triumph: the hand is “pinned to the spot.” Footsteps wereheard retreating rapidly: Gheorghe`s companions were abandoning to Leiba theprey so cleverly caught.

TheJew hurried into the inn, took the lamp and with a decided movement turned upthe wick as high as it would go: the light concealed by the metal receiver rosegay and victorious, restoring definite outlines to the nebulous forms around.

Zibalwent into the passage wit

Ina few moments, this same gimlet would cause the destruction of Leiba and hisdomestic hearth. The two executioners would hold the victim prostrate on theground, and Gheorghe, with heel upon his body, would slowly bore the gimletinto the bone of the living breast as he had done into the dead wood, deeperand deeper, till it reached the heart, silencing its wild beatings and pinningit to the spot.

Leibabroke into a cold sweat; the man was overcome by his own imagination, and sanksoftly to his knees as though life were ebbing from him under the weight ofthis last horror, overwhelmed by the thought that he must abandon now all hopeof saving himself.

Hestayed a moment, staring at the light by the window. For some moments he stoodaghast, as though in some other world, then he repeated with quivering eyelids:

Histhroat was parched. He was thirsty. He washed a small glass in a three-leggedtub by the side of the bar and tried to pour some good brandy out of adecanter; but the mouth of the decanter began to clink loudly on the edge ofthe glass. This noise was still more irritating. A second attempt, in spite ofhis effort to conquer his weakness, met with no greater success.

Then,giving up the idea of the glass, he let it fall gently into the water, anddrank several times out of the decanter. After that he pushed the decanter backinto its place; as it touched the shelf it made an alarming clatter. For amoment he waited, appalled by such a catastrophe. Then he took the lamp, andplaced it in the niche of the window which lighted the passage: the door, thepavement, and the wall which ran at right angles to the passage, wereilluminated by almost imperceptible streaks of light.

Heseated himself near the doorway and listened intently. 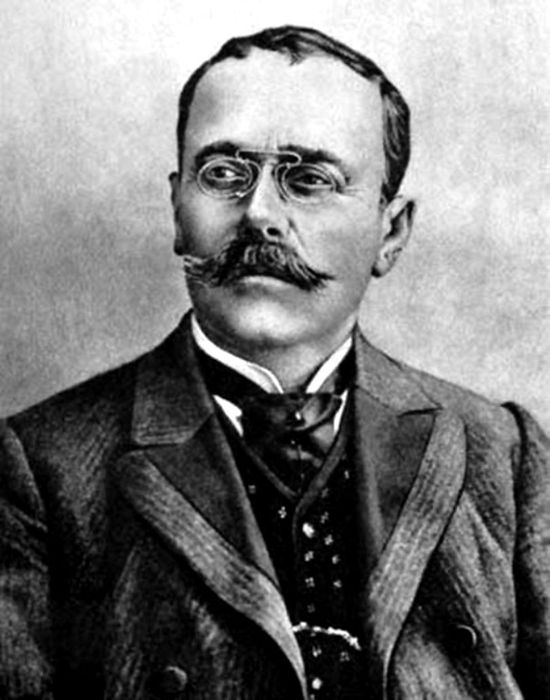 Thenhe had passed under the portico, and had listened at the top of the stone stepsby the door which was secured with a bar of wood. He shook so that he couldscarcely stand, but he would not rest. The most distressing thing of all wasthat he had answered Sura`s persistent questions sharply, and had sent her tobed, ordering her to put out the light at once. She had protested meanwhile,but the man had repeated the order curtly enough, and she had had unwillinglyto submit, resigning herself to postponing to a later date any explanation ofhis conduct.

Surahad put out the lamp, had gone to bed, and now slept by the side of Strul.

Nighthad fallen. For a long time Leiba had been sitting, listening by the doorwaywhich gave on to the passage.

Indistinctsounds came from the distance—horses trotting, the noise of heavy blows,mysterious and agitated conversations. The effo 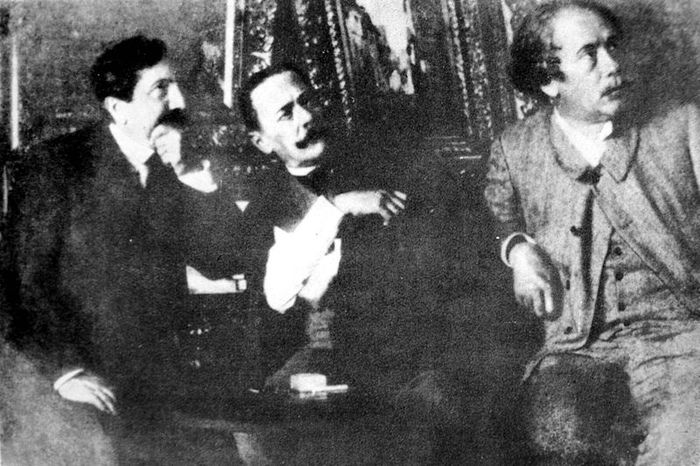 Whatfollowed must have undoubtedly filled the driver with respect. The youngpassengers were two students, one of philosophy, the other of medicine; theywere returning to amuse themselves in their native town. They embarked upon aviolent academic discussion upon crime and its causes, and, to give him hisdue, the medical student was better informed than the philosopher.

“Itis obvious,” added the medical student. “The so-called criminal proper, takenas a type, has unusually long arms, and very short feet, a flat and narrowforehead, and a much developed occiput. To the e

Onthe main road there was a good deal of traffic, an unceasing noise of wheelsaccompanied by -the rhythmic sound of horses` hoofs trotting upon the smoothasphalt.

Butsuddenly the traffic stopped, and from Copou a group of people could be seenapproaching, gesticulating and shouting excitedly.

Thecrowd appeared to be escorting somebody: soldiers, a guard and various membersof the public. Curious onlookers appeared at every door of the inn.

“Ah,”thought Leiba, “they have laid hands on a thief.”

Theprocession drew nearer. Sura detached herself from the others, and joined Leibaon the steps of the inn.

“Letus close the inn so that he cannot get at us.”

“Heis bound now, but a while ago he escaped. He fought with all the soldiers. Arough Gentile in the crowd pushed a Jew against the madman and he bit him onthe chee

Leibawent to the town hall, then to the sub-prefecture to denounce the threatener,begging that he might be watched. The sub-prefect was a lively young man; hefirst accepted Leiba`s humble offering, then he began to laugh at the timidJew, and make fun of him. Leiba tried hard to make him realize the gravity ofthe situation and pointed out how isolated the house stood from the village,and even from the high road. But the sub-prefect, with a more serious air, advisedhim to be prudent; he must not mention such things, for, truly, it would arousethe desire to do them in a village where men were rough and poor, ready tobreak the law.

Afew days later an official with two riders came to see him about Gheorghe; hewas “wanted” for some crime.

Ifonly Leiba had been able to put up with him until the arrival of these men! Inthe meanwhile, no one knew the whereabouts of Gheorghe. Although this hadhappened some time ago, Gheorghe`s appearance, the movement

Caragialefirst came to the attention of his country`s readers through the pages ofConvorbiri Literare, a] literary periodical to which he contributed severalshort stories. Maiorescu, Roumania`s most distinguished critic, became at onceinterested in this new author, and under his influence, Caragiale quicklyassumed a place of importance among the writers of his country. Prof. S.Mehedintzi, in a preface to Roumanian Stories, writes: “Caragiale, our mostnoted dramatic author, is … a man of culture, literary and artistic in thehighest sense of the word. The Easter Torch ranks him high among the greatshort-story writers.”

Thisstory, translated by Lucy Byng, appeared in Roumanian Stories, published in1921 by John Lane, by whose permission, and that of the translator, it is herereprinted.

LeibaZibal, mine host of Podeni, was sitting, lost in thought, fey a table placed