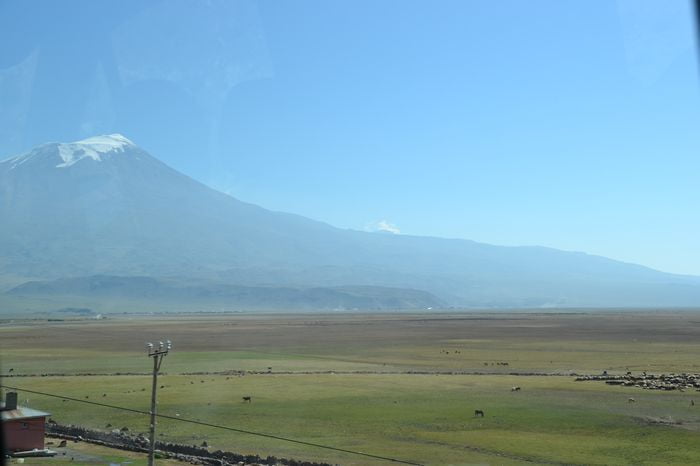 Although the tourism potential is very high, Igdir is one of our eastern provinces, which seeks promotional support, due to insufficient tourism facilities, the failure to preserve historical-cultural values sufficiently and may be due to the lack of awareness.

The easiest way to reach Igdir is to travel to Kars airport. However, due to repairs and modifications, our aircraft lands at Van with transfer at Ankara. At the airport, we were met by Murat Aktuna, the Primary Education Inspector of the Ministry of National Education and Bayram Arslan, the personal driver of Governor of Igdir. After a short time, we depart for Igdir through Tendurek.

Tendurek is the highest peak of thc Tendurek volcanic cone, located between Dogu Beyazit and Caldiran. There is a lake with a diameter of 400-500 meters in the eastern crater of the mountain, which tolals 3,298 meters. The surface of Tendurek, formed of volcanic rocks, seem