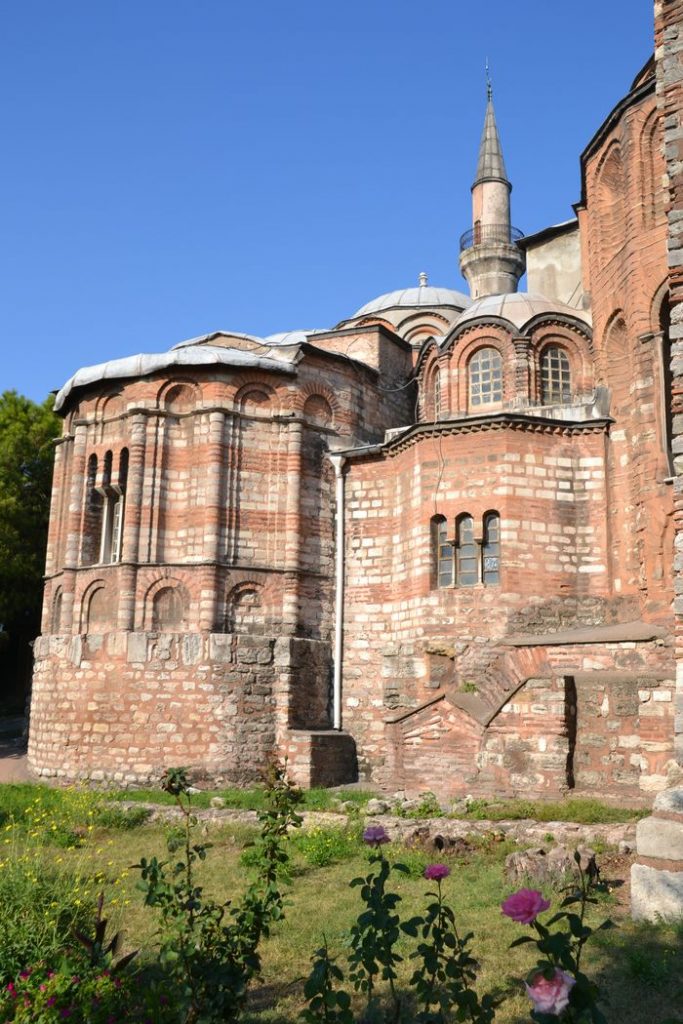 15. Psellus seems to have misunderstood the chronology of Basil’s reign, for the Lord Chamberlain was deposed in 985 and died in exile soon after. Cedrenus (699, p. 443) implies that his downfall coincided with the rise of Romanus, son of Sclerus. This young man was sent by his father to the emperor immediately after his (Sclerus’s) escape from Baghdad. He realized that he would never carry out a successful coup d’etat without the assistance of Phocas.

At the same time he secretly sent Romanus to the capital, pretending that his son was a deserter from his own army. He calculated that if Phocas beat the emperor he would probably be able to save the young man- on the other hand, if Basil won the son would be able to save him. Basil, after the Lord Chamberlain had been dismissed, did in fact welcome Romanus and appears to have relied much on his judgments.

16. Sclerus’s second revolt lasted only a few months, for the reconciliation between t 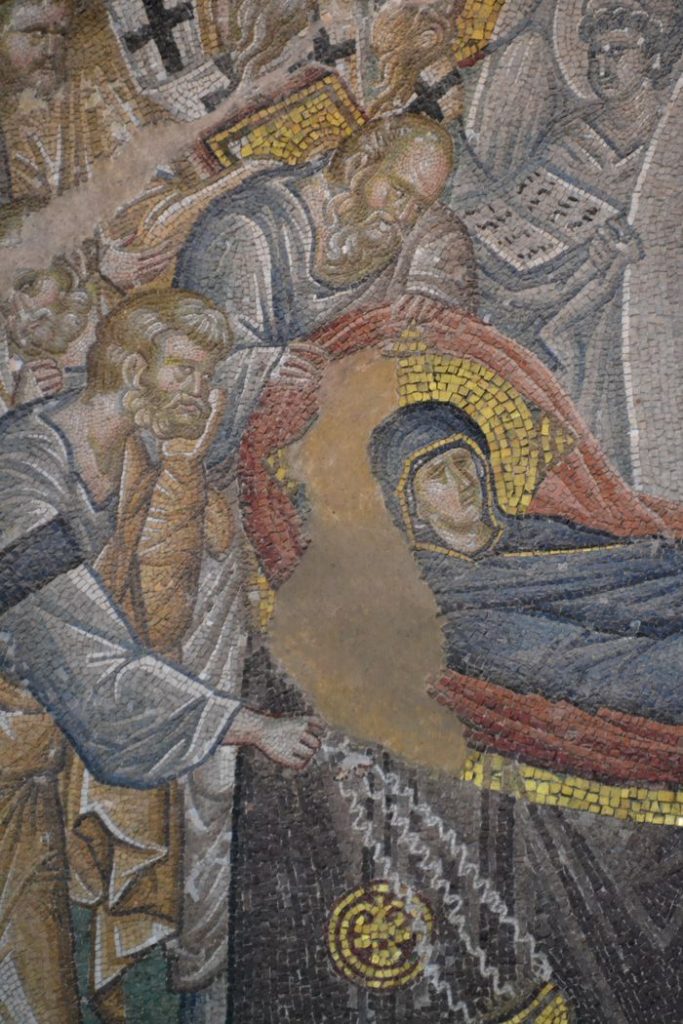 3. Basil the Lord Chamberlain (parakoimomenus) was the illegitimate son off Romanus I Lecapenus (9l9-944) and had been promoted to his high office by Nicephorus II Phocas, with the additional title of President of the Senate. He afterwards sided with Tzimisces in the revolt of 969 which ended with the death of Nicephorus. The historians agree that Basil was a man of great energy and ability.

4. Bardas Sclerus had been brother-in-law of John I Tzimisces, who had married his sister Maria. He had expected to succeed John for he had been promised the throne by the emperor on his death-bed.

5. The Phocas family had its origin in Cappadocia and for several generations had enjoyed high repute in the Empire as soldiers. The father of Bardas Phocas was that Leo who had won military fame under the emperor Romanus II. His uncle Nicephorus was an even greater soldier and had himself ascended the throne im 963, when he married Theophano. The family was banished from the capit 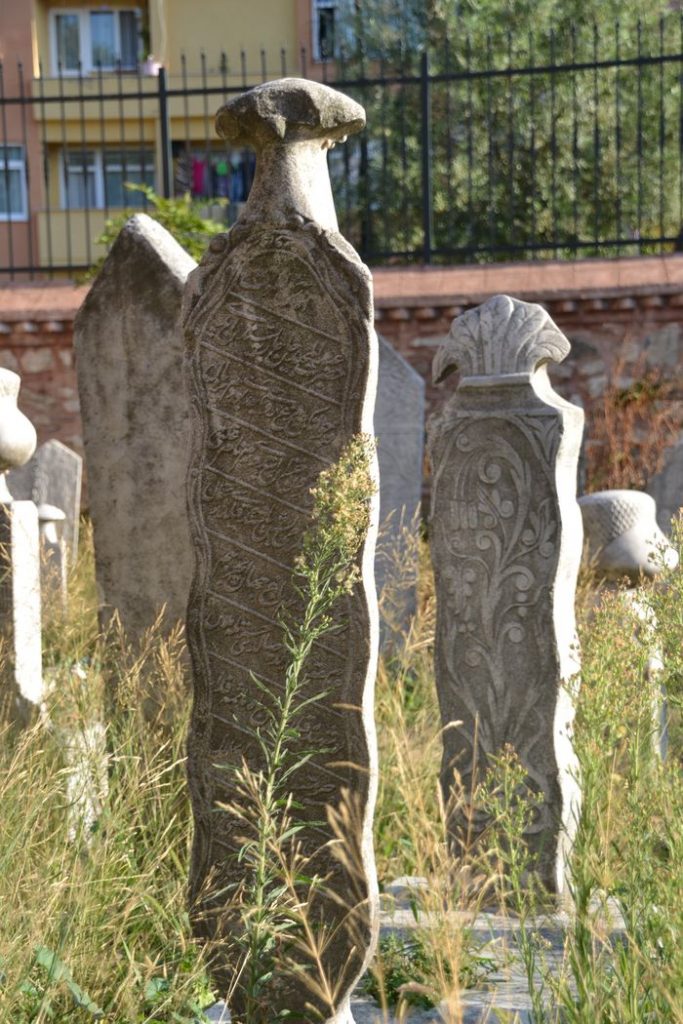 When he gave rein to his horse and rode in the assault, he was erect and firm in his saddle, riding uphill and downhill alike, and when he checked his steed, reining it in, he would leap on high as though he had wings, and he mounted or dismounted alike with equal grace. In his old age the beard under his chin went bald, but the hair from his cheeks poured down, the growth on either side being thick and very profuse, so that wound round on both sides it was made into a perfect circle and he appeared to possess a full beard.

It was a habit of his to roll it between his fingers, a gesture to which he was particularly prone when roused to anger or giving audience, or when he was engaged in deep thought. That was a frequent habit; another was to put his fingers on his hips, arms akimbo. He was not a fluent speaker. The phrases were not rounded off, nor were they lengthened out into periods. In fact, he clipped his words, with little pauses between them, more like a peasant tha 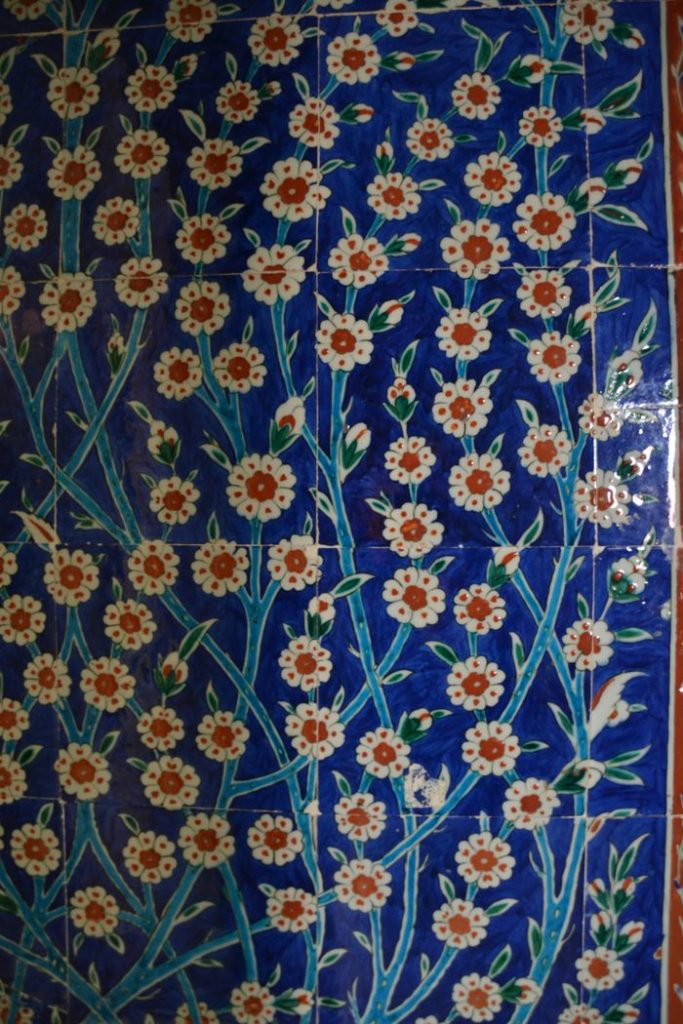 34. Basil’s character was two-fold, for he readily adapted himself no less to the crises of war than to the calm of peace. Really, if the truth be told, he was more of a villain in wartime, more of an emperor in time of peace. Outbursts of wrath he controlled, and like the proverbial ‘fire under the ashes’, kept anger hid in his heart, but if his orders were disobeyed in war, on his return to the palace he would kindle his wrath and reveal it. Terrible then was the vengeance he took on the miscreant. Generally, he persisted in his opinions, but there were occasions when he did change his mind. In many cases, too, he traced crimes back to their original causes, and the final links in the chain were exonerated.

So most defaulters obtained forgiveness, either through his sympathetic understanding, or because he showed some other interest in their affairs. He was slow to adopt any course of action, but never would he willingly alter the decision, once it was 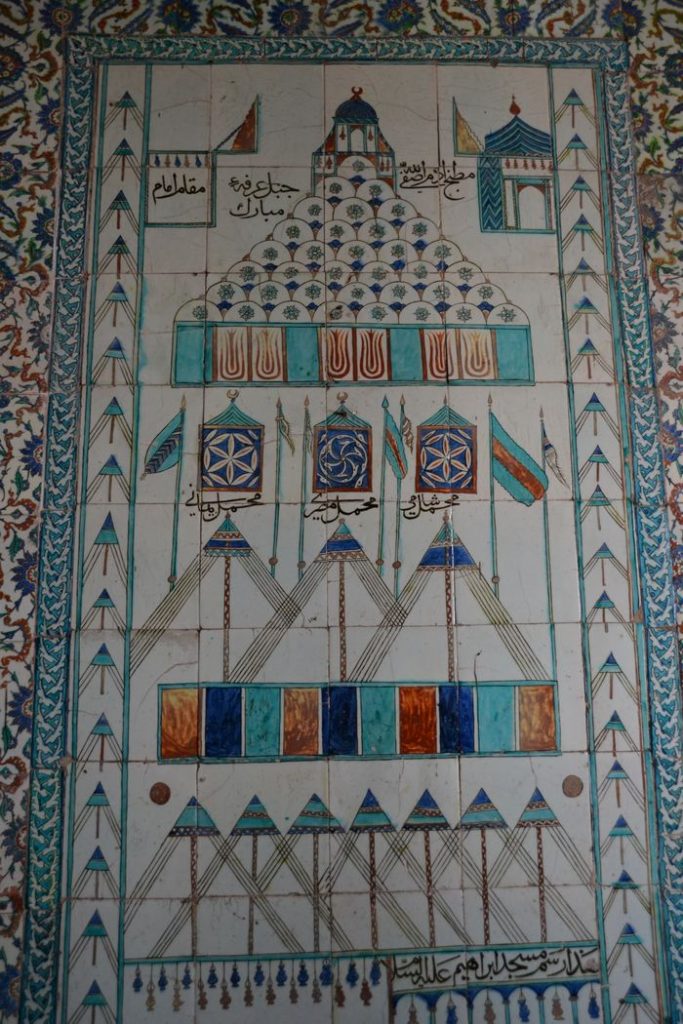 His experience of army matters went further than that: the duties of the protostate,**20 the duties of the hemilochites, **21 the tasks proper to the rank immediately junior to them– all these were no mysteries to Basil, and the knowledge stood him in good stead in his wars. Accordingly, jobs appropriate to these ranks were not devolved on others, and the emperor, being personally conversant with the character and combat duties of each individual, knowing to what each man was fitted either by temperament or by training, used him in this capacity and made him serve there.

33. Moreover, he knew the various formations suited to his men. Some he had read of in books, others he devised himself during the operations of war, the result of his own intuition. He professed to conduct his wars and draw up the troops in line of battle, himself planning each campaign, but he preferred not to engage in combat personally. 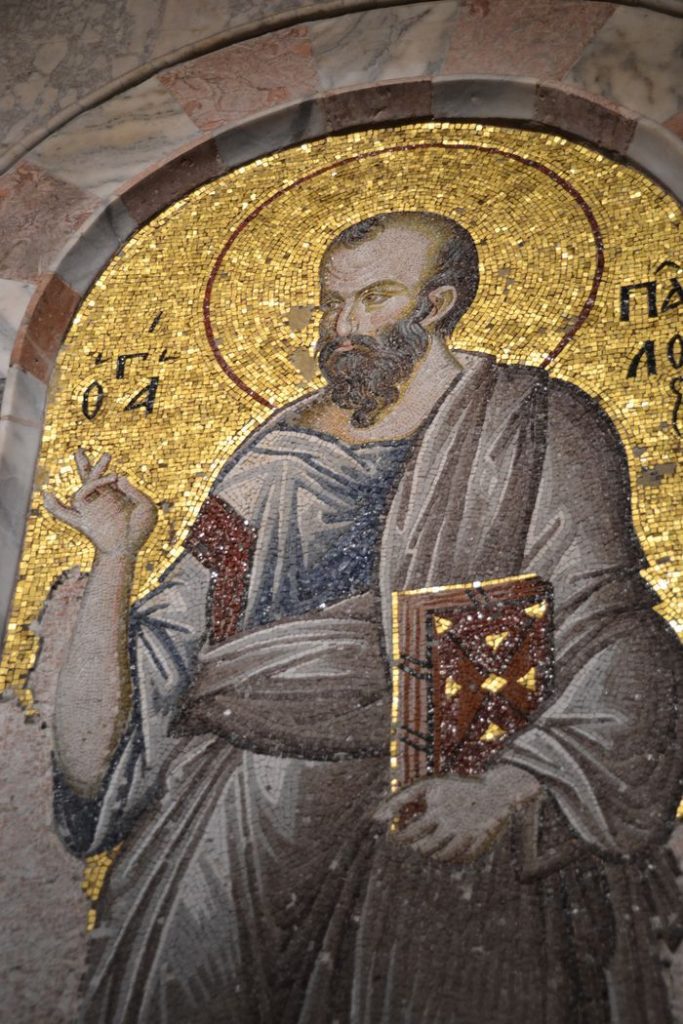 31. By humbling the pride or jealousy of his people, Basil made his own road to power an easy one. He was careful, moreover, to close the exit-doors on the monies contributed to the treasury. So a huge sum of money was built up, partly by the exercise of strict economy, partly by fresh additions from abroad. Actually, the sum accumulated in the imperial treasury reached the grand total of 200,000 talents.**19 As for the rest of his gains, it would indeed be hard to find words adequately to describe them. All the treasures amassed in Iberia and Arabia, all the riches found among the Celts or contained in the land of the Scyths– in brief, all the wealth of the barbarians who surround our borders– all were gathered together in one place and deposited in the emperor’s coffers.

After the Egyptian style

In addition to this, he carried off to his treasure-chambers and sequestrated there, all the money of those who rebelled against him and were afterw 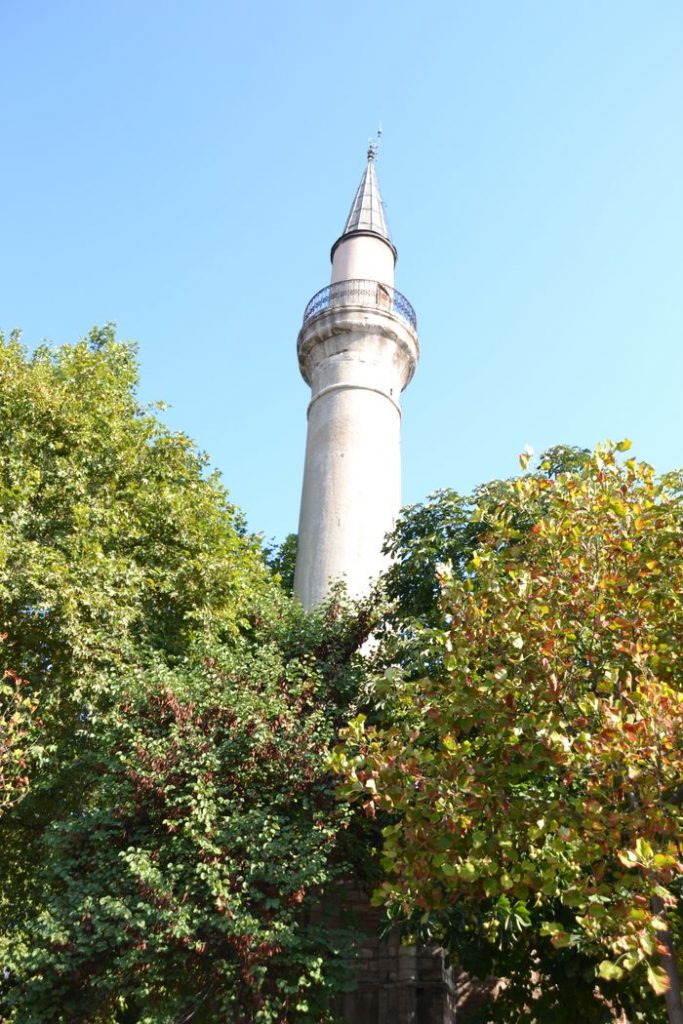 29. On this note their conversation came to an end. Sclerus went off to the country estate which had been apportioned him, and soon afterwards he died. We will leave him and return to the emperor. In his dealings with his subjects, Basil behaved with extraordinary circumspection.

For the civil administration

It is perfectly true that the great reputation he built up as a ruler was founded rather on terror than on loyalty. As he grew older and became more experienced he relied less on the judgment of men wiser than himself. He alone introduced new measures, he alone disposed his military forces. As for the civil administration, he governed, not in accordance with the written laws, but following the unwritten dictates of his own intuition, which was most excellently equipped by nature for the purpose.

Consequently he paid no attention to men of learning: on the contrary, he affected utter scorn — towards the learned folk, I mean. It seems to me a 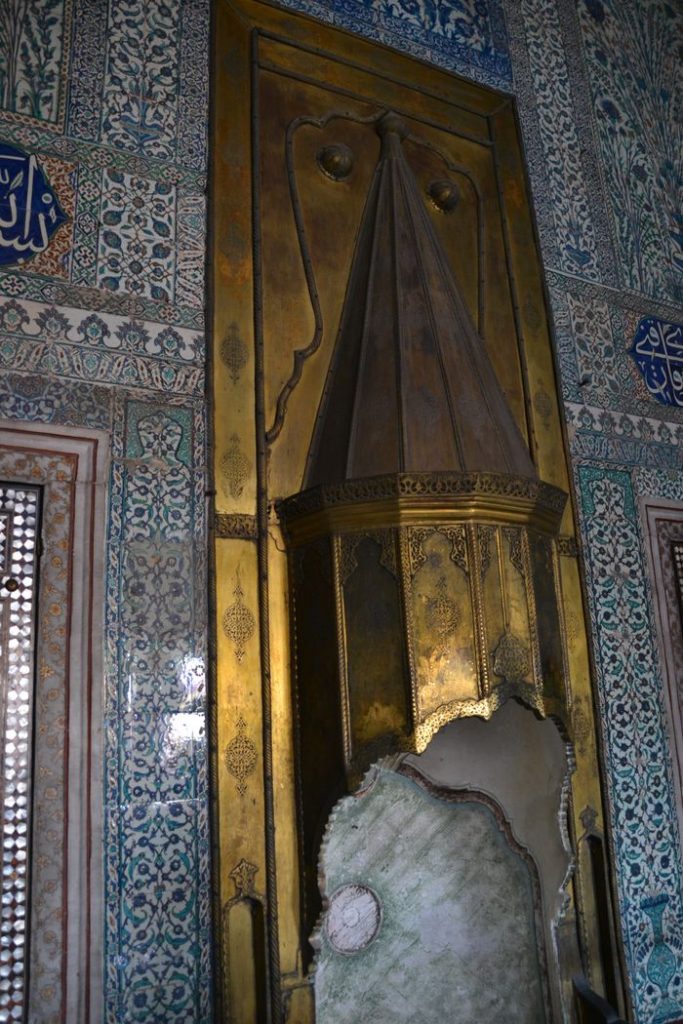 27. Agreement was reached on these conditions, and the emperor set out from the capital to one of his most magnificent estates, there to receive the rebel and ratify the treaty.**17 Basil seated himself in the [23] royal tent. Sclerus, some distance away, was introduced by the guards. They led him into the emperor’s presence, without preliminaries, not riding on horseback, but escorted on foot. Sclerus was a very tall man, but he was also an aged man, and he came in supported by guards on either side.

Unable to walk by himself

The emperors seeing him approaching some way off, turned to the bystanders and made his celebrated remark (everyone knows the story): ‘Look, the man whom I feared! A suppliant dotard, unable to walk by himself!’ As for Sclerus, whether because of his eagerness, or because in any case he had forgotten them, he had kept on his feet the sandals of purple when he laid aside the other insignia of power. It seemed that he was 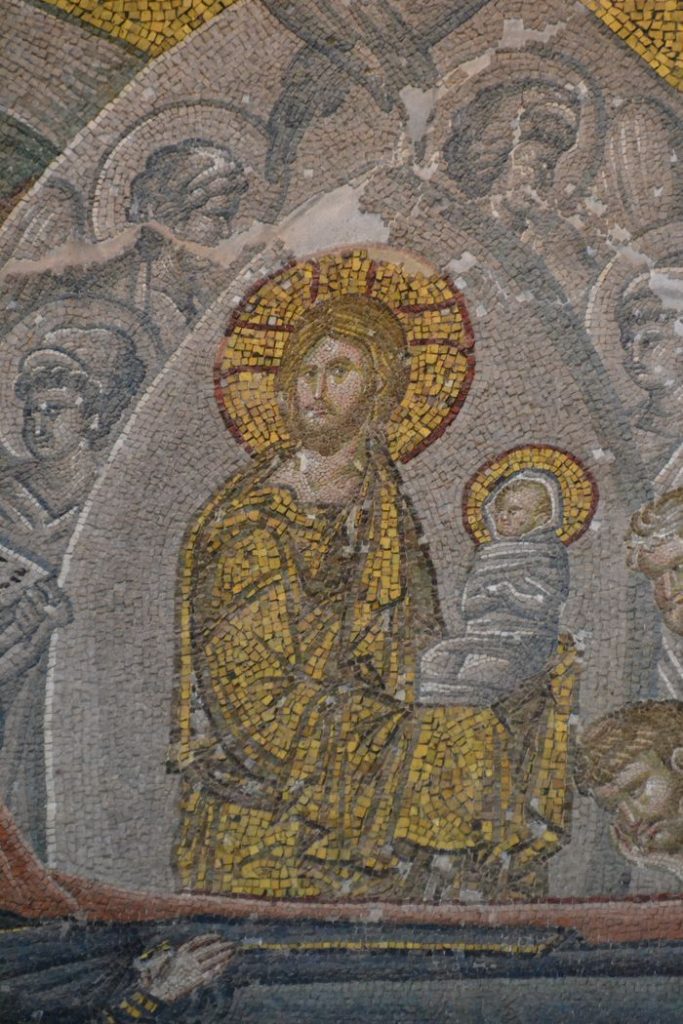 No attempt was made to overwhelm the enemy in actual operations, but his transports were invariably stopped in convoys, he was cut off from free use of the roads, all merchandise being conveyed to the capital from abroad was impounded– to the great advantage of Sclerus’s own army. Moreover, by maintaining strict vigilance, orders transmitted through state couriers were intercepted and never carried out.

25. The rebellion began in the summer and dragged on into the autumn. A whole year passed by, and the intrigue was still not crushed. As a matter of fact, this evil troubled the state for many years to come. The truth was, the men who had enrolled in Sclerus’s army were no longer divided in their loyalties: every one of them was a declared rebel.

Their leader inspired them with his own resolute determination and bound them into one coherent body. By favours he won their loyalty, by his kindliness he earned 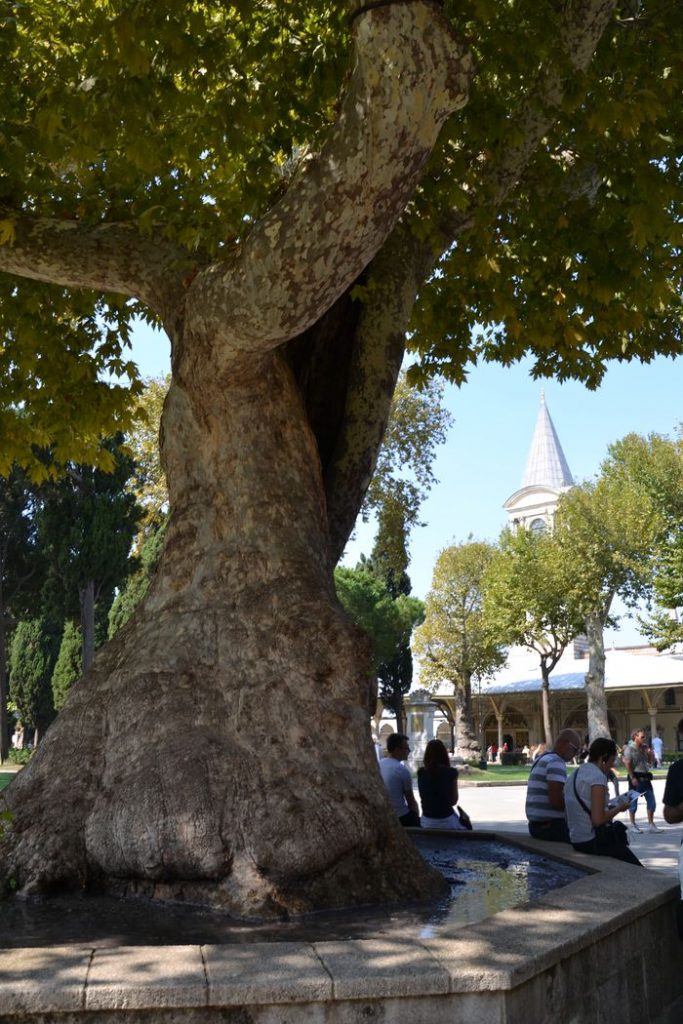 22. Let us return to the emperor. Now that he observed the diverse character of his dominions, and saw that it was no easy matter to wield such tremendous power, Basil abjured all selfindulgence. He even went so far as to scorn bodily ornaments. His neck was unadorned by collars, his head by diadems. He refused to make himself conspicuous in purple-coloured cloaks. He put away superfluous rings, even clothes of different colours.

On the other hand, he took great pains to ensure that the various departments of the government should be centralized in himself, and that they should work without friction. He adopted a supercilious manner, not only in his dealings with other men, but even towards his brother. Ta Constantine he allotted a mere handful of guards, as though he grudged him protection of a more dignified or imposing character.

Having first straitened himself, so to speak, and having cheerfully stripped off the proud contraptions of monarchy in his own case,